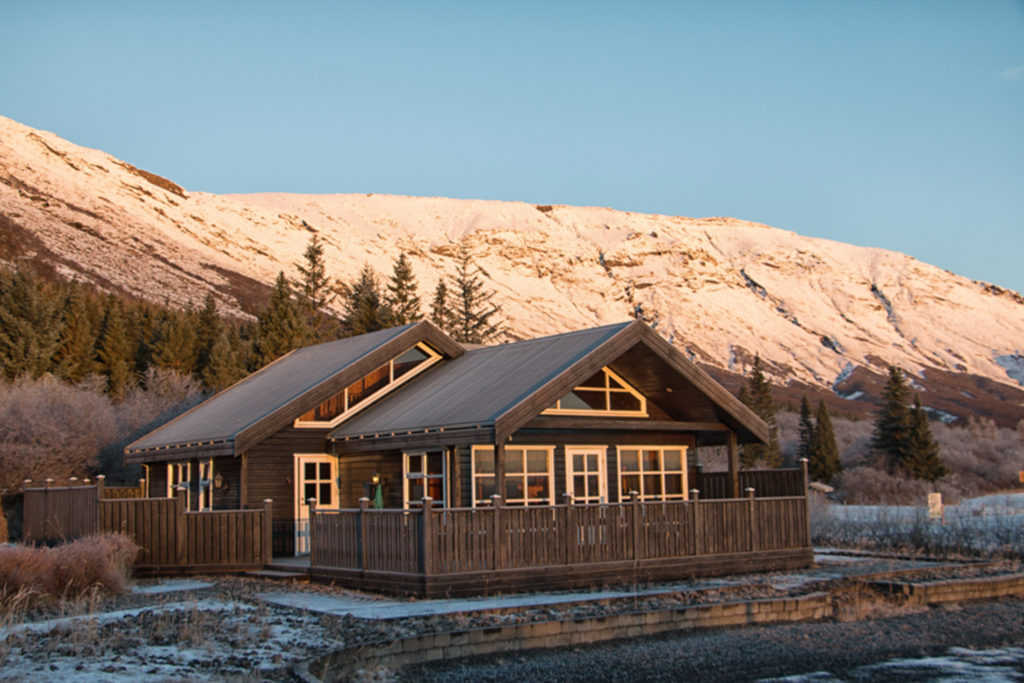 For November I am living in Laugarvatn, Iceland courtesy of the Gullkistan Creative Center. I’m living in a beautiful house very like a beach cabin and it’s all mine. There are three bedrooms and a bathroom downstairs as well as open-plan kitchen and living room. There’s a second floor dormer bedroom that’s really beautiful, but no bathroom up there so I remain sleeping downstairs.

I’m at Laugarvatn’s north end. Beyond me, the road north, Laugarvatnsvegur continues on to well, 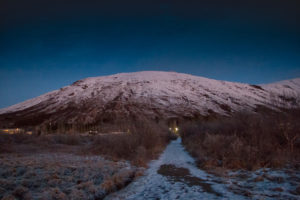 I’m not really sure where it goes since there is no next town as those of us in more inhabited countries understand it. To the south it’s much the same. The closest actual town is Selfoss, and once a day there’s a bus that travels between Laugarvatn and Selfoss, and two hours later, between Selfoss and Laugarvatn.

Laugarvatn lies along the shores of Lake Laugarvatn which has been famous since Settlement Days for its geothermal lake. A small community formed around a farm called Laugardaler (you can see a trend) in this location around year 1000, and that was the 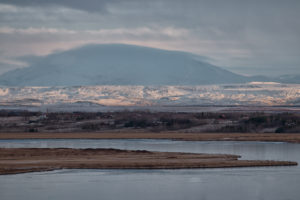 beginning of this village of 200 people. The town’s claim to fame, and the reason it’s a favored vacation spot of Icelanders (though not as well known to outsiders) is the geothermal lake.

Lake Laugarvatn and the entire surrounding area are geothermally active. The lake bottom is heated by geothermal vents, and there are many vents along the lake shore as well. So many, in fact, that I’ve accidentally stepped in them out hiking, and stepped out again very quickly!

Steeped in history, the first written mention of Laugarvatn is in the Kristni 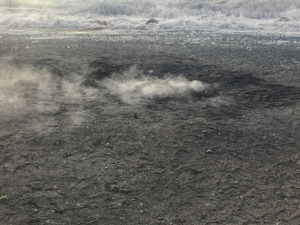 saga (the story of Iceland’s conversion to Christianity). When the decision to convert to Christianity was made at the Althing, some people decided to be baptized immediately in the icy Öxará river at Þingvellir. However, the northern and southern chiefs saw no reason to jump into this ridiculously cold river when there was a perfectly good geothermal lake within easy riding distance. So they set out for Laugarvatn to be baptized in the warm waters of the Reykjalaug geothermal pool. The hot, steaming pool and its ancient rock work is now a tiny park in Laugarvatn, at the end of a nice mile long path beside the lake. You can’t use it now, though. The water is too hot!

Several centuries later, Iceland’s last Catholic bishop, Jon Arason, and his son were beheaded during the struggle between the reformation and Catholicism. While I can’t condone cutting someone’s head off for any reason, Arason sounds like a thoroughly unpleasant man who irritated everyone, especially the Danish king. As Arason’s and his son’s bodies were being brought to Reykjavik the cortege stopped in Laugarvatn, where the corpses were laid out on the six stones surrounding the pool, and their bodies were washed with the warm water. The stones are also still there, and I’ve heard them referred to both as temple stones and casket stones.

Laugarvatn is also mentioned in the great Njal’s saga (one of my favorites) as among the places the men who burned Njal, his family, and his house stayed overnight on their way to commit this murder. The sagas are blood thirsty, and after dinner with new friends tonight, some people still discuss them as if they happened yesterday. 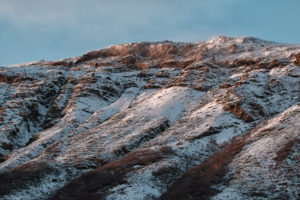 More recently, and less bloodily, Laugarvatn was a favorite vacation spot of the great Halldór Laxness – you know about Laxness, the famous Icelandic Nobel prizewinner for literature? The winner of the Lenin Peace Prize for literature, the World Council Peace Prize for Literature, and the Danish Sonning Prize for contributions to European literature, right? OK, so you probably don’t know him. But you should. He was a great writer, and perhaps his most famous book is “Independent People” which was mostly written in Laugarvatn.  I’ve heard reading it influenced Hitler’s war staff to leave Iceland alone because the Icelandic people sounded like too much of a pain in the ass to bother with. No idea if that’s true, but it makes a great story. 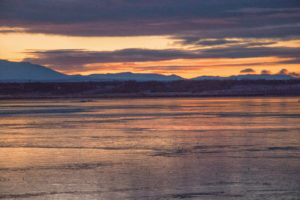 Laxness’ typewriter is housed in the beautiful Héraðsskólinn hotel and restaurant which was designed by Guðjón Samúelsson, considered by most the greatest architect in Iceland´s history. You know him for his beautiful cathedral in Reykjavik, the design of which is based on Iceland’s basalt columns. This astonishing building was among the reasons I fell in love with Iceland. Any place that could have a cathedral like that had to be amazing. Samúelsson’s drafting table is also inside Héraðsskólinn. Maybe I should go pat both of them for luck. 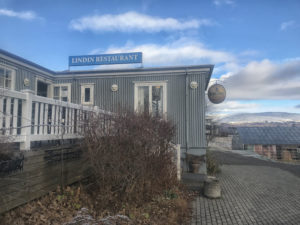 As far as amenities, I have counted one, two, three, four restaurants – two of them doubling as coffee shops during the day, one of them for fine dining. One supermarket, one gas station, one craft shop, and no post office. There are a myriad of good footpaths going up the Laugarvatnfjall and beside the shore and threading through town, a town with sidewalks! There’s a pair of swans reluctant to fly south, and innumerable little brown birds.

When Kij and I came through in mid October the place looked unremarkable, but then we were at the tail end of our tw 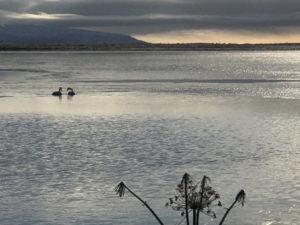 o weeks on the ring road, and almost everything in the world would seem unremarkable after that. But returning after a two week hiatus,  Laugarvatn has come into its own for me, and I find it lovely. Also, did I mention the two geothermal spas…

1 thought on “Laugarvatn, a Settlement Village”