How can you create a permanent image about something that is disappearing? This is a challenge in creating art about the arctic. I had not realized the effect of permanence that arctic images give to viewers until I mentioned to some patrons that the iceberg images they were buying were two years old, which meant those icebergs had melted away. They no longer existed.

My patrons were astonished. They admitted that while they knew this logically to be a fact, because the images they saw were fixed, they felt that the icebergs and glaciers were permanent. I saw this as a problem, especially since those of us working with arctic imagery are interested in increasing awareness of climate change and the fragility of these landscapes.

While on a visit to London I saw examples of cyanotypes, and believed I had found my answer. Cyanotypes are one of the first methods of fixing a photographic image on paper. The various shades of blue and cyan brought to mind the colors of the arctic. The blue season, the blue of shadows on snow, the blue of glaciers and icebergs. At the same time, innate to this method was a sense of age. When we see cyanotypes, we are reminded of photos of our ancestors and of landscapes that no longer exist. My goal was to use the medium of cyanotypes to create nostalgia for the present arctic milieu. All photographs were taken within the past year. After creating the photographic image, I then enhanced certain areas with paint to accentuate and romanticize the images. My goal was always to flip the sense of emotional permanence and logical transition. I want the viewer to feel that what they see is already gone.

This exhibition was on display in April of 2019 at Galleri Svalbard in Longyearbyen, and again in November of 2019 for Kunstpause. 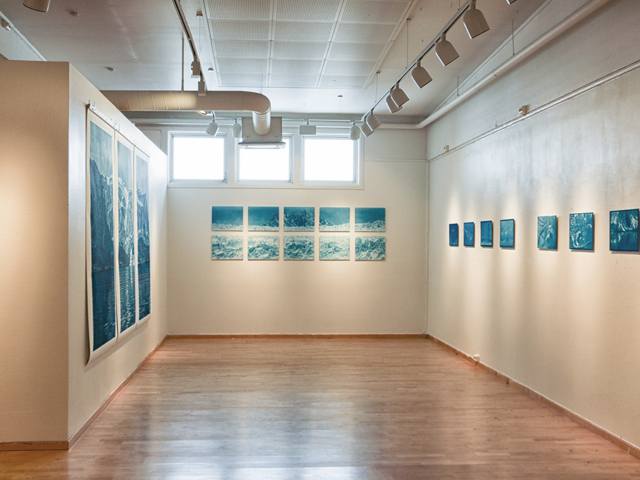 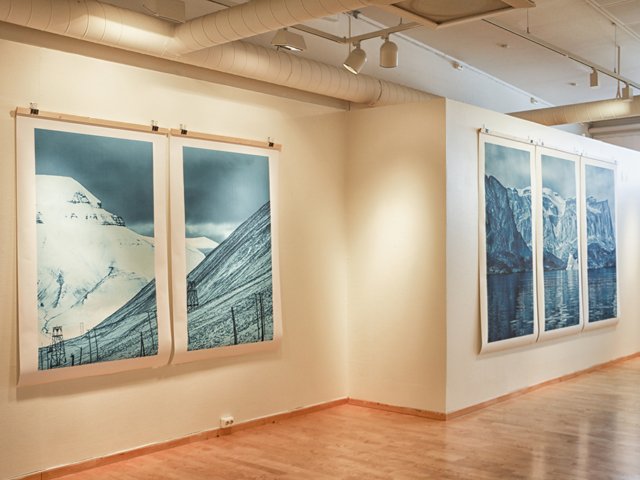 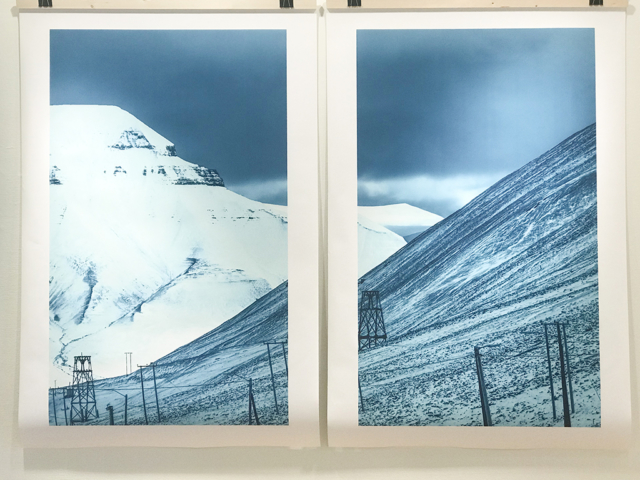 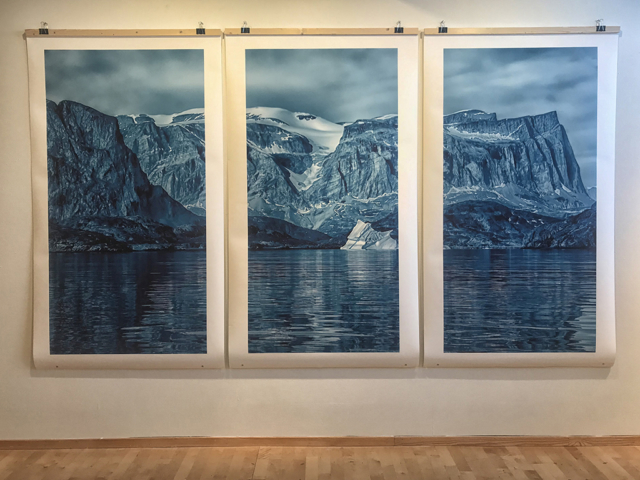 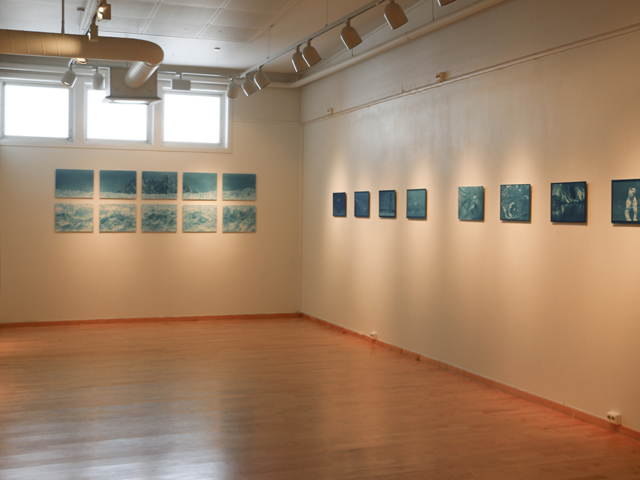 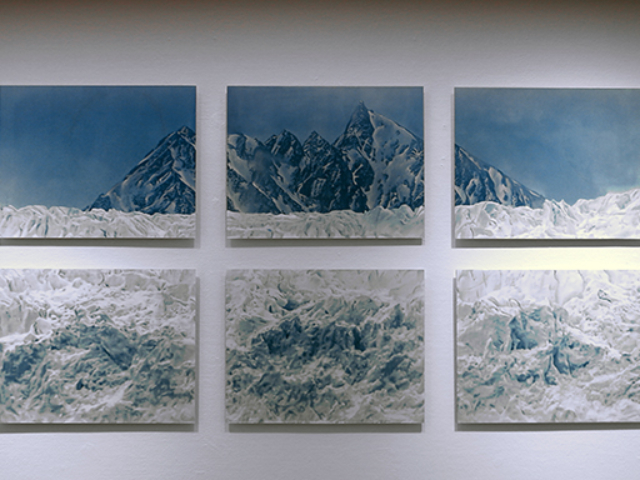 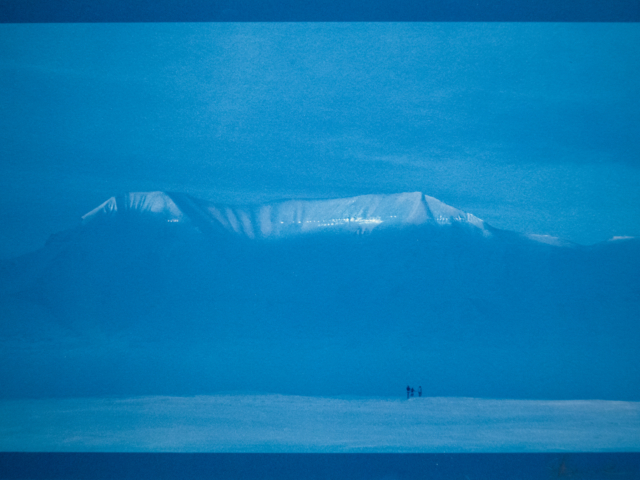 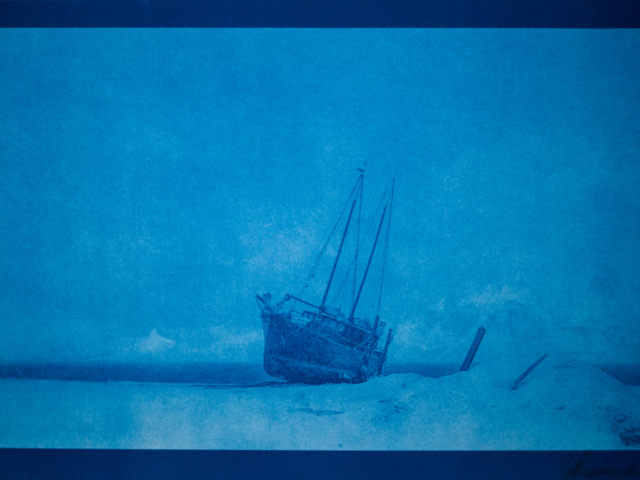 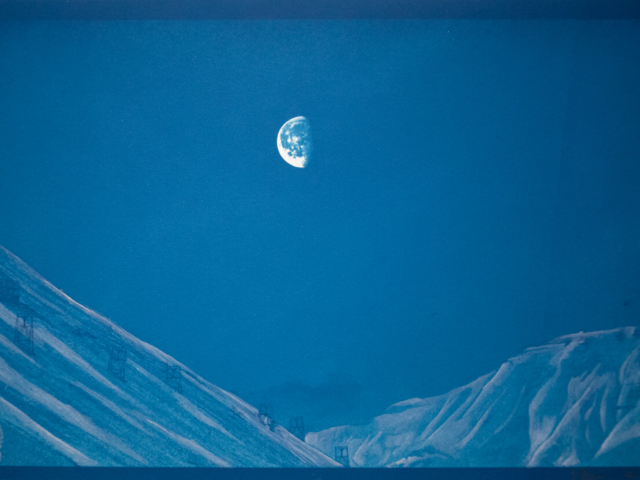 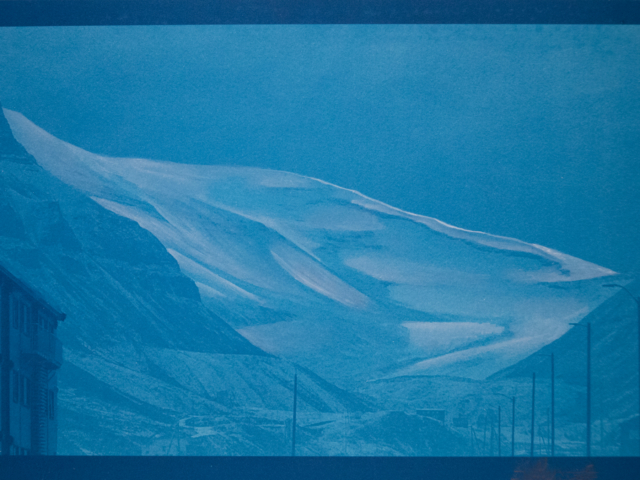 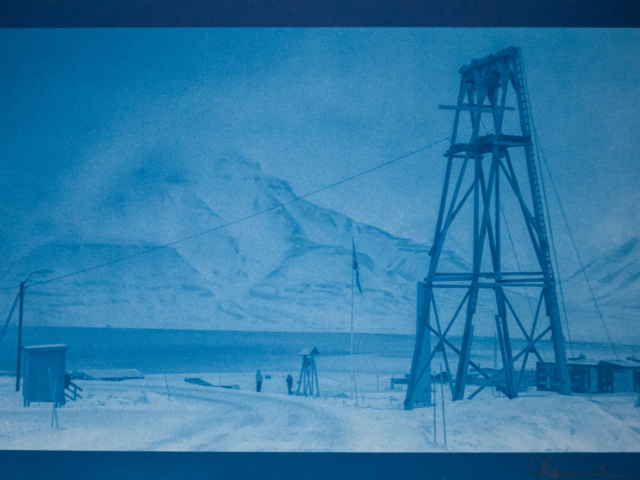 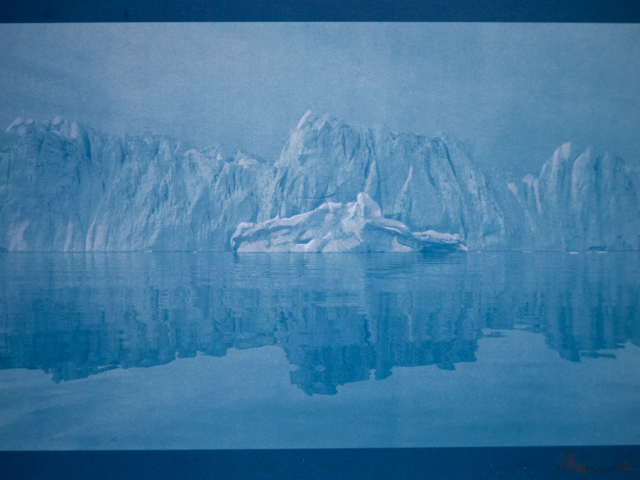 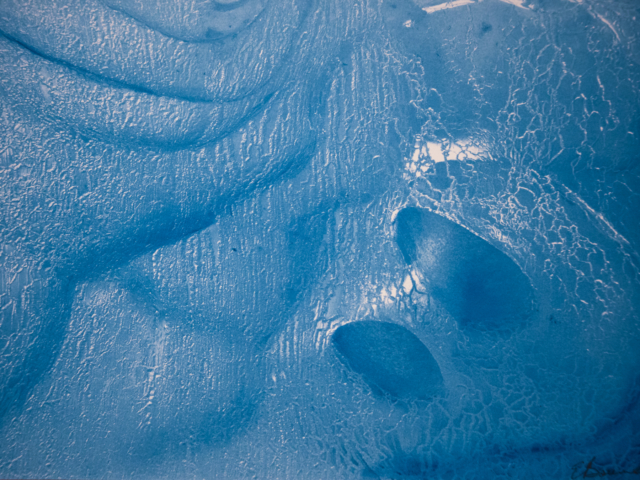 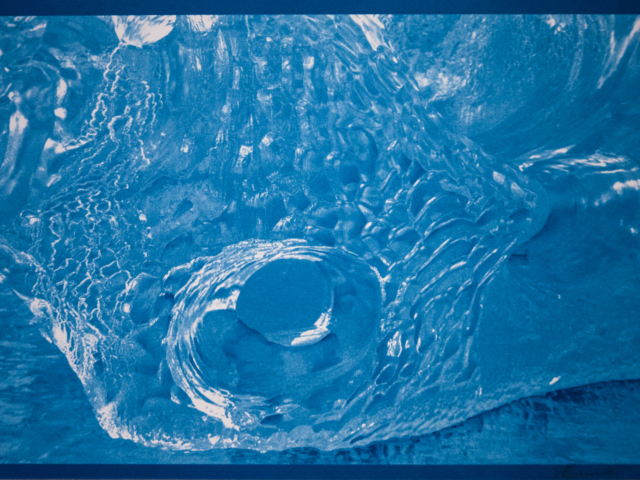 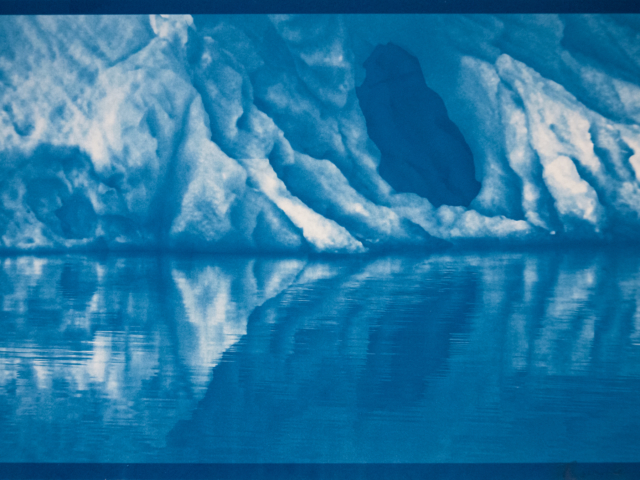 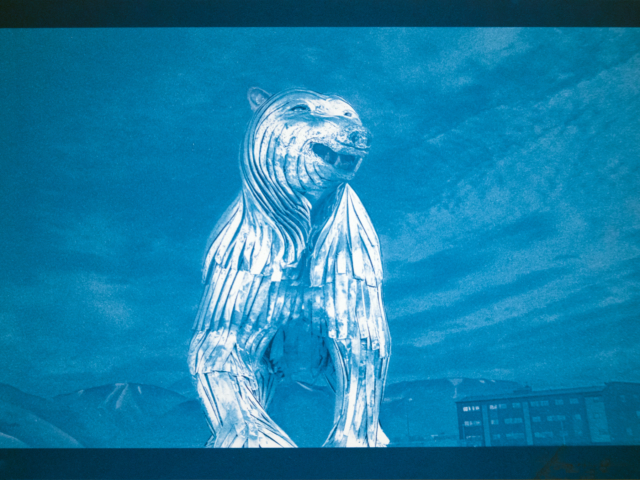 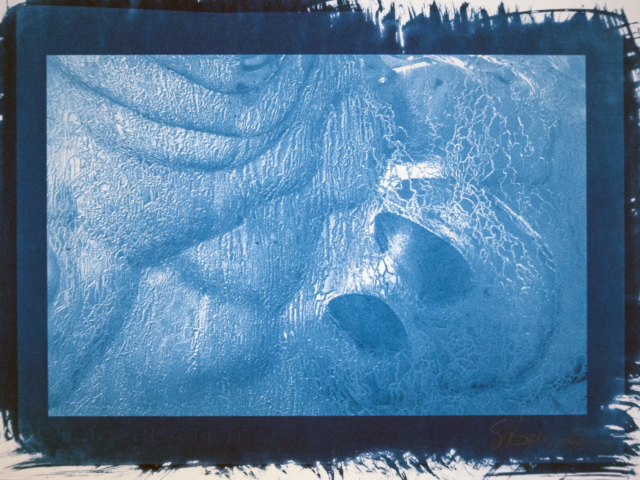 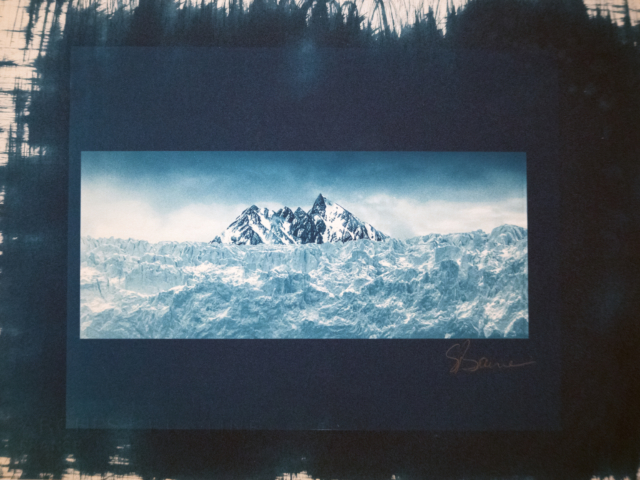